Censer in form of Du Fu riding his mule


Typically for a Chinese bronze censer of this age, much of remaining bronze was left natural/unpatinated and the patina now is a desirable hard won natural aged bronze patina developed over the centuries. In regular use the bronze has rubbed at high points and the heating of incense and oils have played a part in both developing and arresting the patina in various places. Some details, especially where ones hand would fall on the figural cover, are softened from regular handling over time.

This, still functional, incense burner has been used over the last two centuries, there is evidence of compacted build up of incense ash and oils within the mule's chamber and also within the recess of the removable Du Fu cover; with an aroma of antique Chinese incense, more noticeable as the censer warms in the hand. There are marks one would expect at the natural contact points between the saddle and detachable figural cover.

The robes of Du Fu to the rear would have, at some point, extended a little lower to cover the rear saddle. Below what would have been a cloud shaped vent in the back of the robes the lower part has broken away. This happened some considerable time ago, as can be seen from the patina within the break line. The figural top does remain seated on the mule independently although it is easily dislodged due to the missing rear section, however we have supplied two balls of museum putty to secure the cover to the burner. These can easily be adjusted for position or removed should you wish to use a modern incense cone. 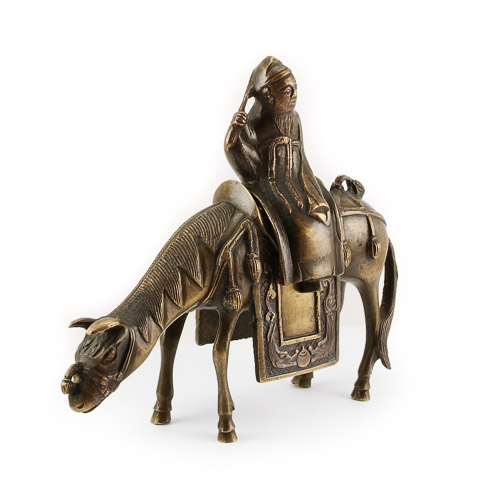 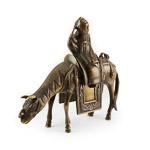 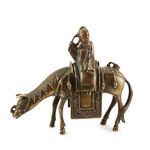 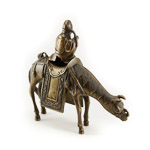 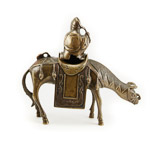 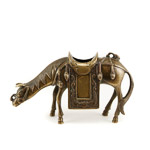 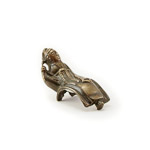 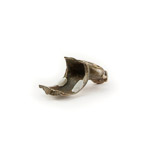 Du Fu, also known as the 'Poet Historian’, is considered to be the greatest Chinese poet of the Tang Dynasty (618-907) during the golden age of Chinese poetry. Du Fu would often use the mule or ‘old nag’ as a metaphor in his poems for his own life. The mule, as the scholar-gentry, must travel tired and hungry from place to place and along perilous roads. The perilous road a symbol for the dangers of court life and political circumstances that he often found himself in. For this reason Du Fu is synonymous with the mule.

From the private collection of the late Dermot Levins; accomplished oriental collector, the majority of who’s collection was procured from distinguished London galleries and auction houses during the mid 1940's. Those of particular note: